You are here: Home / About / Landi Renzo SpA

Landi Renzo SpA is the world leader in the alternative fuel industry, serving more than 30% of the global market for LPG and CNG solutions. Established in 1954, Landi Renzo began exporting its products throughout Europe in 1963.  Since then, it has expanded in the Asian and South American markets with new branches opening in Brazil in 2003 and China in 2005.

In 2006, the Landi Group demonstrated its commitment to clean transportation and the future of the alternative fuel industry when it founded the Landi Renzo Corporate University, an Academy which aims to be the hub and spoke of sustainable mobility in the world.

In 2007 Landi Renzo S.p.A. made its debut in the Milan Stock Exchange. This important step gave the company new impetus for growth while guaranteeing transparency, improving its reputation on the market, and strengthening its relations with customers and suppliers.

Today, Landi Renzo has operating branches in several countries and maintains the status of main reference for the eco-mobility. 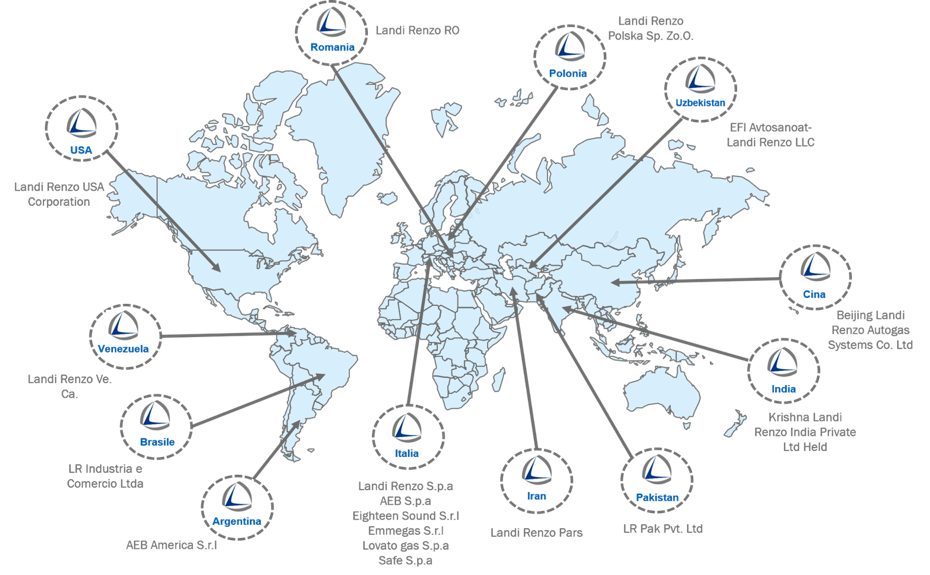